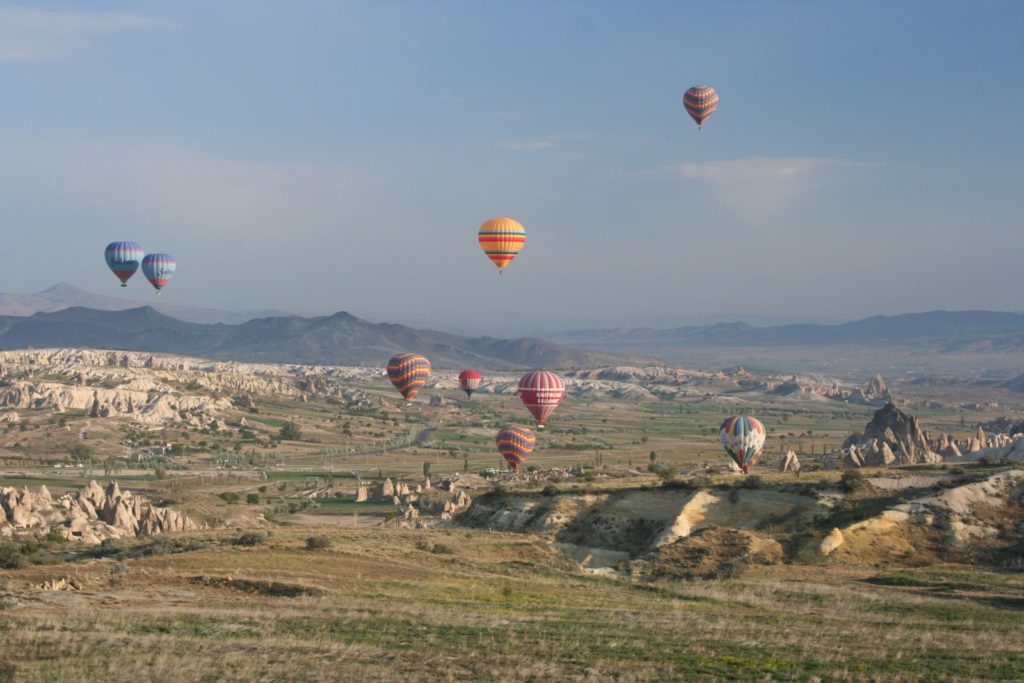 Just seems to be so much happening, just been a constant flow of amazing things to see and do and everybody seems to be having a total blast. Sorry if you been waiting for this update, must admit I have been having too much fun. I am sitting up in the mountains in small mountain hamlet called Mestia in Georgia, been the first chance that I have had as all the group have headed out some to a trek up into the mountain and some in jeeps to drive even further up into the hills to another village famous for its Christian relics and setting as it is surrounded by 5000m plus peaks. But more about this later.

As we headed for Turkey we spent some great time in Romania with its stunning landscapes and friendly people. Sighasora, famous for being the birth place of Vlad Tepes or Vlad the Impaler and said to be part of the influence which inspired the novel Dracula is a great place to wander and explore the old citadel. We decided to upgrade to for 2 nights to a nice hotel as camping through Europe has taken it out of a couple of people with the weather not being too great, strange in many ways, but I think when we look in months to come Europe will be seen as some our most hard camping. The weather has been the worst I have ever had while coming through Europe. We have done two free camps to date, one in the hills near Rosnov Castle in Romania close to a river with snow capped peaks hanging over us and the other as we entered Bulgaria on the shores of a stunning lake. I think everybody is getting a feel for overland style free camping and all are looking forward to some of the great camps we have coming up.

We also spent some time in Brasov and Bucharest, though due to the Easter holidays in this part of the world, a lot of the attractions were closed while we were in Brasov, but by hanging in Brasov for a day we were able to arrive in Bucharest with everything open on the Tuesday. The next highlight and in some cases horror was the Palace of the People, said to be only beaten in size by the Pentagon, this crazy waste of the people’s money tells a sad story of Romania’s past. For dinner the one night we ended up in a stunning restaurant, made you feel as if you were dining in a museum, but was a great start to get the first truck birthday celebrations going, Elaine got the full works with a birthday cake, Terry and Lesley came out of retirement and even did Elaine’s hair as a birthday present and then we found “Revenge” a really cool basement bar which we soon had managed to turn into our own birthday party venue, needless to say a lot of people got well into the celebration and some video evidence the following morning of the pole dancing on the bar left a couple of people a touch uncomfortable, negotiations are ongoing as to whether I should make the video available on YouTube 🙂

We have made it into Central Asia, after an interesting border crossing which took about 4 hours longer than expected due to some new crazy permit required for the truck we rolled into Turkey rather late. We headed straight for Istanbul and based ourselves right in the middle of the historical heart with the Tokapi Palace, Blue Mosque and Aya Sofia all about 3 minutes walk away. From the roof top terrace of the hostel there were stunning views of the Bosporus Straits and with Asia on the other side is it so close and exotic, many folks jumped on one of the many boats and head off for a cruise on the Bosporus and landed somewhere along the Asian shore to put their foot into Asia. Think everybody felt the change as soon as we drove into Turkey. Romania and Bulgaria are the wilder countries we passed through as we came through Europe but still have a Europe feel to them, but Turkey our first Muslim country is so different and as we rolled along through the hills every town had its mosques and minarets and everybody will soon become familiar with the regular call to prayer.

Istanbul is such a great city to explore, with so many great sights to see, Sam and Maura soon headed for the grand bazaar to search out a truck guitar and all going well we will have some great tunes around the camp fire in nights to come. From stunning mosques to churches build in 540AD which was converted to a mosque in 1456 and now works as a museum there is so much to see and do.

We then wandered our way up onto the Black Sea Coast and spent a full day just chilling, the weather seemed to find us again and we had a bit more rain, but overall everybody enjoyed the day to update dairies and catch their breath. Next up was Cappadocia with its crazy landscape and underground cities and the chance to go ballooning. A Turkish cultural night, in many ways exactly what we try and avoid as all seems a bit touristy, but Cappadocia is a special place and you soon forget the other tourists and just enjoy it for what it is. The Cultural night always seem to be a winner with everybody having a blast with Kirsten and Terry giving us a great show as they were dragged onto the floor by the belly dancer, well actually Terry could not wait!! With three full days in Cappadocia everybody had heaps of time to see the sights.

From Goreme Cappadocia the next section we spent wandering the Turkish country side for two drive days, taking the back roads we drove some amazing roads and found two epic camps one a free camp and the other a river side restaurant we took over for the evening. Our end destination was Trabzon and the nearby Sumela Monastery. Trabzon is always a great town to explore and the group soon had all had a good wander. From camping shops filled with crazy guns, amazing little restaurants and sitting in the main square drinking tea with all the village old men was good to be back in town for a while.

Into Georgia and we spent the first night in the old Russian resort town of Batumi and headed out for our first Georgian style feast, think it can be said that everybody had enough food and wine.

The next morning it was an early start as we headed up into the Caucasus Mountains. Took us 7 hours to do 132km to Mestai and managed to break a main suspension spring as we wound our way up the mountain some rather bumpy nerve racking roads. Climbing more than 1000m we had our first chance to use the roof seats, these allow 4 people at a time to basically sit with their head out of the sunroof as we roll along. The grinning faces after each group finished their session getting the wind in their hair and flies in their teeth said it all. The first bunch up even got a free shower, some of the tunnels with the leaky roofs helped a couple of people got a touch wet, Tim also chose this moment to drive nice and slowly and seemed to drive a bit of a erratic course which took us from waterfall to waterfall.

Having broken the spring we were forced to go into camp a bit early and having had a chat to the local farmers we setup in the field with snow capped mountains on all sides and soon had drawn a good crowd of locals all rather interested in Penelope and the crazy foreigners who emerged. Soon though the kids where having the time of their life as a hill side football game commenced, while the crew split themselves between making a tasty dinner and changing the broken spring. We also had the local police arrive and after having been suitably introduced they informed us they would be staying the night to ensure that we were safe and well cared for. Bit strange having two machine gun toting men looking after you, but this region after troubled times in 2004 are determined to get tourism back and all stops are pulled out to look after any visitors. Strangely the rain found us at about 2am and really poured down with enough water that by the next morning the truck had started to settle and so we had our first truck bogging, but with the aid of sand mats and everybody giving us a good push it took us about an hour to get out.

Have now arrived in Tbilisi the capital of Georgia and a really funky city. From Mestia we had to wind back down the mountain the same way we had come in, on the drive in it had been spectacular, but with no clouds on the surrounding peaks the drive out was mind blowing. Once down we headed for Kutaisi a local town with a great market and the ruined Bagrati Cathedral and Palace after a short visit here we headed out of town and managed to find another great bush camp on the banks of a river. Yet again the local police showed up and insisted on looking after us for the night, once the local police chief had been down to see the these crazy tourists. He worked out that in the interest of safety all machine guns should go home with him as there was a fair chance that our guards for the night would be welcomed by the group and offered a couple of beers, guns and alcohol just don’t mix well. With an early start the next morning we headed to Gori to visit the Stalin Museum for at times rather comical and one sided view of his life. From Gori it was a short drive to Tbilisi the funky Georgian capital, but more about this in my next update from Baku, Azerbaijan.