On the road to Beijing 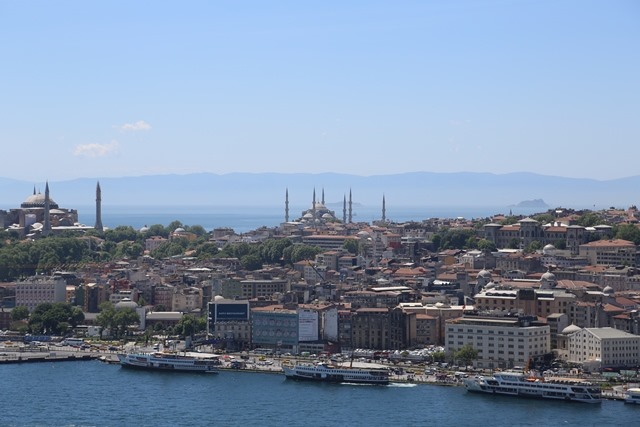 Istanbul to Beijing here we come. Most the group arrived a couple of days early so as to have time explore the stunning city of Istanbul and collect a visa for Uzbekistan. Some even took the chance to head down to the coast and visit Troy, Gallipoli and other attractions before the start of our Odyssey.

It was while the first group were at the Uzbek embassy that the crew met up with them having just driven the expedition truck across from England. After meeting everybody we met up with a delightful Uzbek lady and a couple from England who planned to drive across Central Asia with their hot air balloon. This made for some interesting conversations while we waited to be allowed in to submit our visa applications. It all went really smoothly and the friendly Consul suggested we go and pay for the visas at the local bank and return at three o’clock and collect. What an amazingly easy process, something not often associated with applying for visas for Central Asia.

Over the following days the group explored Istanbul in depth including Aya Sofya, The Blue Mosque, Basilica Cisterns, Tokapi Palace various museums, boat trips on the Bosphorus and up the Golden Horn, the Grand Bazaar and Spice Bazaar and so it could go on. This all mixed in with a selection of local food, lots of Chai (tea) and of course the odd Efes (local beer) and even some passable local wine.

On the morning of the 30th we headed out of Istanbul en route to the area of Cappodocia and the town of Goreme where we would be staying for 3 nights and have our first attempt at camping. Most people on board had done some camping before but for many this was many years ago, but in no time flat we had the camp setup and a healthy chicken stir fry on the go. The thought of simple healthy food after the heavy and often oily food we had had in Istanbul got the campers all lined up ready to dive in quickly.

Our plan for Goreme was to have a full day tour of the immediate area and see the main highlights on the first day and then have a day where people could head off and do as they pleased. With this in mind the following morning our local guide “Met-Met” showed up and off we went to explore underground cities, wander through the fairy chimneys, visit a local pottery works and generally see all the must see attractions on offer before heading back to the camp. A dip in the pool and a relaxed night around the camp fire which had our cast-iron pots on cooking up a tasty moussaka, one with the local lamb and another one for the vegetarians soon had everybody settle in discussing the days adventures. Plans were discussed for the next day and many decided a couple of hours in the Goreme Open Air Museum sounded like a good idea before wandering down down to town for a bite of lunch and a mooch around the shops and for some a visit to the local hammam (Turkish spa) for a bit of pampering.

As this was all discussed though the big point of discussion was the following morning’s balloon flight over the amazing sculptured landscapes. A must-do when you visit Goreme as it gives a true picture of this unique landscape. The down-side being though that the following morning for the ballooners started at twenty to five in the morning!  But after a quick tea or coffee off they went and had an amazing flight with the pilot getting the balloon down amongst the the fairy Chimneys for a great perspective of this crazy landscape. Pete headed off on a motor bike with the new Gopro camera and filmed the take off and landing as well as balloons amongst the rock formations, all working towards the end of trip video. Goreme looked after us well and the facilities at the camp will often be discussed as we head further east where campsites are wild and without facilities, but all part of the adventure.

From Goreme we headed north east as we journeyed towards the black sea coast and the town of Trabzon and and the nearby monastery complex of Sumela, on which construction started in 362AD by the Greek Orthodox Church and expanded over the years to be a very impressive building clinging to the cliffs in a scenic valley. The group headed off to climb the many stairs to get to the top to view the building and the frescos inside as well as the stunning surrounding valley.

We then returned to our ski lodge style hotel to have a relaxed afternoon or for some explore the nearby town of Macka.  Next stop, Georgia, so next update to come from this stunning country with its ancient Christian history and amazing food and wine.

Can you drive around the world in a two-wheel drive truck? Yes you can!