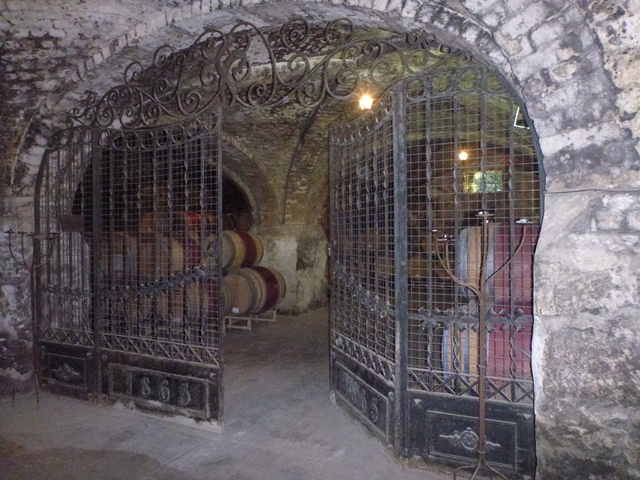 One of the advantages of our extended expeditions is that we can take the time to explore a bit more as we go along, and so we decided to take a couple of days to drive from Pucon to Santiago – sure you can do it in one long day, but why not stop off and see a few things along the way?

Our first overnight stop was at Saltos del Lajas where the main attraction is the Salto Grande (big waterfall), and the warm weather and clear skies had brought hundreds of people out to see them!  Walking close to the waterfalls means a certainty of getting wet, but the cool water was a refreshing relief from the heat of the sun (can it really be only a couple of days ago that we were all cold?).  A few pictures later, and avoiding buying the inevitable waterfall-based souvenirs, we headed off to our campsite for the night – and what a location!  Right on the edge of the river, with the Salto Chico (small waterfall) on our doorstep, and a pool for those not brave enough to swim in the “refreshing” river.  The only issue?  The constant sound of rushing water had some, um, side effects on most of us during the night!

Continuing our journey north, our next destination was the winelands south of Santiago, in the Maule Valley – sort of like a warm up for our group wine tasting which we would be doing in Mendoza when we returned to Argentina.

In recent years, Chile’s presence on the international wine scene has increased substantially, they now export over 70% of their wine, one of the wineries that we visited exports to over 80 countries.  We visited two wineries, very different in their approach, one being a relatively small family-owned winery and the other, one of Chile’s largest wineries.  The area that we visited is most well-known for its red wines – including Cabernet Sauvignon, Merlot and the traditional Chilean variety of Carmenere (which until the late 1990’s was fermented and bottled as Merlot with mixed results, but is now being much more successfully treated as a variety of its own and with different techniques applied, some lovely wines are being produced).  Although we did also taste some very nice Sauvignon Blancs and Chardonnays (some of which even won over hardened ABC (Anything But Chardonnay) club members), the main stars of the tastings were the red wines, especially the Balduzzi Ultra 2007 which Duncan and Ange kindly bought and shared with the wine tasters in the group.

And then it was time to head to Santiago, the capital of Chile, and our first big city since we started in Buenos Aires.  After a good 3 weeks under canvas, it was time for a hotel stay – most people took advantage of the showers and bathrooms straight away in an attempt to get clean!  The city itself has some interesting buildings to wander, and a great fish and seafood market, both a foodie and photographers paradise.  Ken, Jeanne and Robin also visited the zoo for a sneak preview of some of the exotic animals still to come on our journey.

Farewell Santiago, hello Argentina (again!).  But first we had to drive back up and over the Andes mountains, the most memorable pass we have driven so far this trip took us up a crazy set of switchbacks and then through a very impressive tunnel!

A long slow border crossing ensured a late arrival into Mendoza.  On a Saturday night.  Before a public holiday.  It was chaos!  A bit of jiggery pokery was required to sort everyone into their rooms and then most of us headed out for a(nother) meat feast where Vanessa impressed everyone by demolishing a massive bife de chorizo (sirloin), a feat only matched by Ken and Robin a couple of nights later!  Francois then lead some of the group astray, there is talk of multiple bars, a dancing competition (which Duncan won with his signature Gangnam Style dance) and 6.30am arrivals back at the hotel…  but what goes on tour, stays on tour of course!

Where Saturday night in Mendoza had been crazy, hectic and busy, Sunday morning was quiet, relaxed and calm – a great day to mooch about town, catch up on admin or just have a bit of a lie in.  Mendoza is a lovely town with great public squares, including the lively Independencia square where families go for a wander after dinner, eat an icecream or two, catch a bit of street theatre or just sit and watch the world go by.  It is also home to a wonderful central market, great for stocking up the truck.

Mendoza is most well-known around the world as being the heart of Argentinian wine industry, with the areas immediately around Mendoza accounting for around 70% of the country’s total production.  We set off on a mini-bus tour which took us to several wineries where we enjoyed tours of the wine production facilities and, most importantly, tastings of their wines!  We also visited an olive oil production facility and did a tasting, including some delicious olive dips which would have gone very nicely with some of the earlier wines!  A few more bottles of wine were purchased on our tour and added to the already bulging truck cellar, preparation for the more wine-free countries ahead which is going to be a bit of a shock after the inexpensive and good quality wine we have been enjoying in both Argentina and Chile!