Retail therapy and a mud bath… 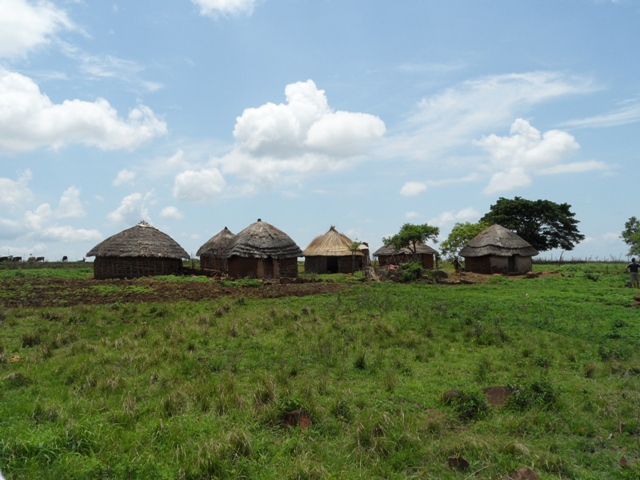 Leaving Addo behind, it was only a relatively short drive to Cintsa, on the Wild Coast.  So named for both its wild weather and the region’s vegetation, it is also home to spectacular beaches, and a great place to chill for a couple of days.  But the relaxation was delayed slightly as we drove into the campsite and promptly got very bogged where the campsite had just been emptying water from their dam!  Getting the truck out is one of the experiences of overlanding, and when the truck needs to be pushed it is all hands on deck!  Digging and collecting rocks to put under the tyres kept many people busy, while others set up camp and got the dinner on (and made sure there was cold beer in the esky / chilly bin / cool box for when the diggers got back!).

After a couple of hours of effort led by the crew it was decided that a tractor would be brought in the following day to give us a pull out, and so everyone headed up to the campsite bar for a celebratory drink, or two, and even a bit of dodgy dancing (including a dance-off led by Teri).  The next morning, it was a late start for many, but they awoke to the very welcome sight of the truck on solid ground!

With the truck out of the mud, everyone headed off to enjoy the activities offered by the campsite such as horse-riding along the beach and surrounding hills, or took some of the “truck toys” down to the beach for a bit of afternoon entertainment, or just enjoyed the peace and quiet and relaxation of the lovely campsite and beach.  During a journey of the length of ours it is important to take time off to chill, and this was the perfect opportunity.

On leaving Cintsa we headed inland through the rolling hills of the area formerly referred to as the Transkei to Umtata (or Mthatha), home to the Nelson Mandela Museum which we think is a must-visit as part of understanding South Africa’s history.  The museum features photos, a video and a lot of information about the struggle against apartheid.  We continued to travel through the hills past Umtata, eventually arriving back at the coast and another beachside campsite a little later than expected.  A quick dinner and it was an early night for most as the rain started to come down.

Our time in South Africa was nearly done, but there was the chance for one more amazing wildlife park first.  St Lucia or iSimangaliso Wetlands Park was South Africa’s first World Heritage Site, and it has a stunning combination of wonderful land-based wildlife viewing as well as dunes leading to a great beach where several of the group saw Humpback whales swimming past.  It is also one of our favourite parks as there are many more animals than humans, at times we wouldn’t see another car for over an hour of driving.

We took the truck out for a couple of game drives and were rewarded with sightings of crocodiles, hippos, and white rhino, to add to our already impressive species list.  The campsite is not fenced, and so wildlife is free to roam through.  The Banded Mongoose, Bush Buck and Red Duikers were welcome visitors, while the initially cute Vervet Monkeys were soon showing themselves to be the pests that close contact with humans has made them into – they have learnt to open zips on tents and open water bottles and are masters at stealing food which kept everyone busy at meal times as we defended our turf!

And so after two weeks in South Africa it was time to say hello to our second country on the trip, Swaziland.  The border crossing into this tiny kingdom was very painless in comparison with those that are to come, and as we crossed the border we could immediately see changes as traditional huts appeared beside the road.  Our first destination was the Ezulwini Valley which is the centre for Swazi handicrafts.  We stopped off at the Swazi Candle Centre which has some fantastic handmade candles, as well as nearby stalls offering all kinds of woodwork, paintings, batik, glassware and hand-woven blankets.  It is still early in the expedition, so most people only bought one or two small things, but most agreed there was plenty more that could have been bought (and Zan was very glad she had left her credit card in the truck!).  We stopped briefly at another market, just long enough for David and Ken to buy new shirts…

After the morning’s retail therapy we headed into the Mliliwane Nature Reserve, a privately owned game park which offers the opportunity to walk,cycle or horse-ride through the park observing the antelope (including the relatively rare Nyala), zebras, hippos and crocodiles up close.  There is also fantastic birdlife in the park which kept Mark happy, as well as plenty of interesting reptiles for Sam including the Blue Headed Ngama.  We camped in the park so along with the wildlife everyone had the chance to see some traditional Swazi dancing in the evening in a show that is put on each night by the guides and other staff who work in the park.

From Mliliwane we headed up into the mountains to a camp just before the Mozambique border.  Set up as a community project, there were rondavels available for those who wished to upgrade for a night or two, but for those who chose to camp there were spectacular campsites near the edge of the escarpment looking out over the Limbobo Mountains and the valley below.  We spent the day doing guided walks to the co-operative store where locally-produced handicrafts are sold and offer women a source of income, to the local orphanage and school and into one of the local villages.  Having the local guide available to answer questions about the ways of life in these small communities provided a real insight into a lifestyle so very different from our own. To round the day off we challenged the local football team to a game which they used as a warm up before their actual game against another village team.  Thanks to their good sportsmanship the Odyssey team managed a very respectable 8-all draw!

Leaving Swaziland behind (and unfortunately some of our clothes which never came back from the washing), it was time for country number three, Mozambique.  The border crossing was a little bit more involved, with photos and fingerprints being taken and very fancy visas issued, but still nothing compared with what we will encounter further north.  It was then only a short hop to Maputo, the capital of this former Portuguese colony, now a funky African capital city, and our first city (and hotel) since Cape Town.  Maputo has a couple of interesting sights including the Natural History Museum which has the world’s only display of elephant fetuses from conception to birth, but for most of the group it was time to catch up on a bit of internet and stock up on essentials from the supermarket before we head north to the beaches.  Maputo is also a great place to satisfy your craving for a pizza or a hamburger, or better still, the speciality of piri piri chicken flavoured with the local hot sauce maybe washed down with a vinho verde or two, a Portuguese style white wine.

Mozambique is famous for its beaches, and so our next destination is the stunning Tofo Beach, great for chilling and hopefully enjoying some time diving with whale sharks and manta rays!