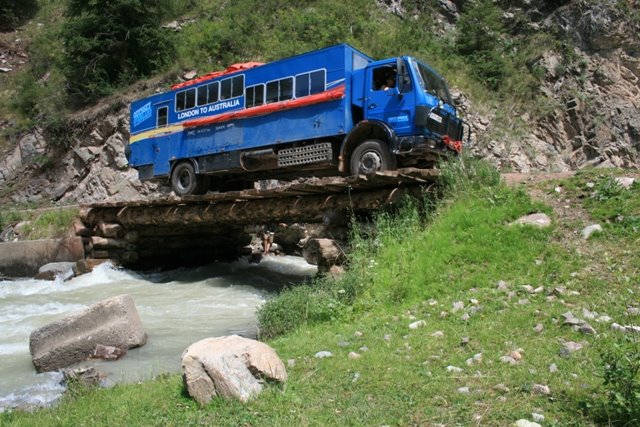 So given the drama, I’ll now return to the day to day goings on of the group, and to dare to use the above text as an excuse to the lateness of the blog. Going back to the needs, musts and wants of the post before, we were all focused on getting these great travellers to their final destination.

Bishkek, a thriving metropolis of western and eastern influences. A trip down to Metro bar would get you a beef burger that could rival any in the world, just as easily you could nip over to the Chinese and have world class cuisine from the Orient. Obviously there was tasty Shashlik (Kebabs) and piles of Laghman (noodles), but needless to say a few different flavours made a welcome change.We booked into a little place called Nomad’s Home, just a short taxi ride or sweaty walk from the town centre. Bishkek has the biggest soviet style shopping mall in Central Asia, floors and floors of tech, fashion and culture divided up into different levels, with cranky old elevators linking the lot. Local markets sprout up everywhere and it proved a great place to explore with some folks even weeding out a bowling alley for the afternoon.

So from Bishkek we headed off to Lake Issyk Kol, the second highest alpine lake in the world. Driving down a small track and pounding Penelope through some thick brush we landed on a secluded beach along the sandy lake shores. We set up camp and had another great BBQ as we watched the light change on the snowy peaks and crystal waters surrounding us.

Early the next morning we headed off. Pete would be leaving us from the next little town , catching a taxi back to Bishkek where he could carry on sorting all our visas while we all enjoyed the amazing destinations we had planned. It was an emotional farewell, as Pete struggled into the back of a rather aged Lada (small local car), and we all headed off to Karakol, a small sleepy village nestled at the base of massive mountain which we would be exploring in the coming days.

During the winter months Karakol is a top, off-piste skiing destination, as such the accommodation in town feels wholly out of place but works to the traveller’s advantage. Our homestay had large bedrooms with sauna’s!

We had a good few nights of bush camping coming up and soon there was washing strewn everywhere. We then all headed out for a meal in a local cafe as apprehension built over the upcoming fancy dress.

The next morning we stocked up the fridge and cooler to bursting with fresh supplies and headed off to Diety Orgus.

Diety Orgus in some ways is very similar to Lake Song kol. It also has large areas of succulent green grass in the summer months where herders take their flocks and horses to fatten up after the long cold winter. Nomads in their yurts dot the landscape, but instead of vast open plains, you are nestled in amongst massive mountains on either side. Year round snow covered peaks catch the sun and add to the drama of the alpine forest and lush green grass. A glacial river tears through the middle of the ravine, the roar of which fills your ears from morning to night.

We would be spending three days at this incredible spectacle, but first we had to get there. The road was short but treacherous, as we would be criss-crossing the river the whole way up. It was less than one hundred and fifty kilometres and would take us most the day. Some folks choose to walk up through the lush vegetation beside the thundering river and meet us at the top.

There were several bridges that we had to cross, which proved a bit of good sport. With everybody waiting on one side, Penelope would hitch up her skirt and tip toe gingerly across wooden bridges aimed more at light vehicles than beefy overland trucks. Everything was all good, and we arrived at our camp just after four in the afternoon.

Pitching camp and enjoying the vastness of the nature that surrounded us, numbers were tallied for walking, ridding and trekking.

Early the next morning some hikers set off, and around lunch a herd of horses were sourced from the locals, everybody was having a great day, but still there was an underlying tension…

At around four that afternoon the preparations began for the Odyssey Overland fancy dress party. As I have explained before, the twist in the tail is that you don’t get to choose your own costume, so nervous glances were the order of the day. First a big pot was found to make up the punch , then the kitchen tent was renamed” disco” with everybody’s head torches being commandeered to provide the strobe lights , the fire was lit, balloons inflated, and the festivities began.

I’m going to let the pictures do the talking but it was a really good night with everybody having a great time.

The following day, everybody, a bit worse for wear, started with a late (11ish) breakfast, eggs, beans and all the good stuff to try and recover from a wild night of party. But there was more fun to come as the Irish had organised “Odyssey Olympics”, well, there was no chance of any team being dismissed for taking performance enhancing drugs, rather the contrary, as most folks hangover’s were not helping in the slightest. But all were keen for a laugh and soon the egg and spoon relay was off, with teams shrieking in support and any hard feeling being solved with the “beat the opponent with the inflatable toy while balanced on a log game”, which I’m sure I saw being played in Beijing this year along with old favourites like toss the welly and kick the ball.

Oh well, somebody won and everybody was happy as we tucked into a big dish of Spaghetti Bolognaise with garlic bread and salad for dinner.

Not too early the next morning we headed back down the gorge to Bishkek where we would be submitting our Kazakh Visas once we had collected our Indian ones. We spent another two nights in the now familiar Bishkek, everybody catching up on laundry, blogs and emails, while the crew submitted applications for Kazakh visas.