Route changes – the How, What and Why 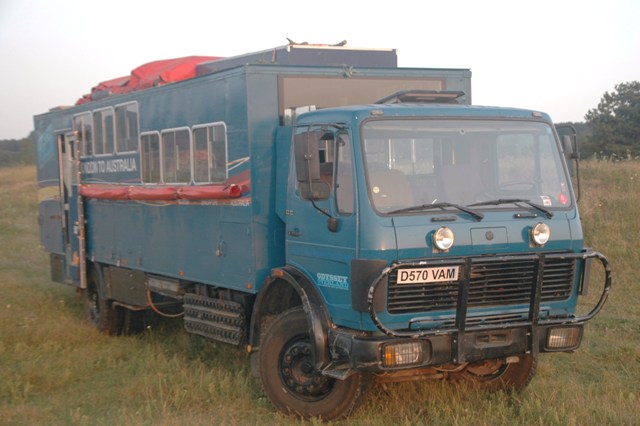 Now for those of you who have been following the blog and checking our route plan I think you may need a bit of an explanation. Odyssey Overland pre-books most visas and accommodation from the UK before the trip departs. We use local agents to organise all of this and though it costs a few pennies more, it allows our tours to run like clock-work. But even with more than a year of preparation, there are certain factors we can’t control, and the next three weeks proved this to the tee. I’ll briefly explain the goings on and then we can get back to the blog per se.

China, Tibet and the Olympic games

As anybody who watches the news would know, the Tibetans saw China having the Olympic games as a great time to make their voice heard. Tibet was annexed by China in 1950. The Tibetans at the time had no real army to speak of, and don’t believe in violence, so when China walked across the border some 80 000 strong, there was not much to be done. For further reading on this, the Dalai Lama’s book “Freedom in Exile” makes a really interesting read. The Dalai Lama now lives in exile in India, trying to find a peaceful means to regain his country’s independence.

So the Tibetans kicked off with protests and started to make a bit of a noise and the Chinese simply closed the whole country down. Borders, press, the lot, was squashed and closed. There was no way we were entering Tibet.

So back to the books and maps, and an alternative route was found, running north through China, visiting highlights like the Terracotta Worriers and the Giant Panda sanctuary. This was put forward to our agent in China, who at the time said he was sure it would be no problem.

A few days after hearing about Tibet, we received another mail from our Chinese agent. He would not be available for correspondence over the next week, as he would be assisting with the clean up and rescue operations in his town, until the army could clear the roads to offer assistance. China had been hit by a massive earthquake. This made it very clear to us, now in the lovely city of Khiva, that there could be a chance we would not even get into China. Some of the roads we were planning on driving had simply vanished off the map over night.

The following week when our Chinese agent was back in comms, and happy to report none of his family had been hurt in the quake, he started to express doubts as to whether or not we would be able to run the northern route. In the aftermath of the quake massive, mud slides had caused huge rivers to dam, and massive flash floods were expected. Inter-city infrastructure was down along the routes we had planned. China was amidst a crisis.

Looking at a map of the world and our intended route, we sat down and had a good head scratch. The only way to get to South East Asia was via China. If we could not run north around Tibet, then running south was our only real option.

There is a small section of highway which links China to Pakistan called the Karakorum highway. This we were told by our local guide, we could definitely get permission to drive. So an email was sent to the Pakistani border requesting permission to grant us visas from their embassy in Bishkek. We were told via email that this would be no problem and tourist visas would take from one to four days. Job’s a good’un.

We called a meeting in our hotel in Bukhara, everybody tensely waiting to hear the outcome of Chinese whispers.

We explained the situation to the group, discussing the new itinerary for Pakistan, that would take us over the highest paved road in the world, then down to the plains of India, and up into the mountains of Nepal, including as many highlights as we could, that we would otherwise be missing out on, due to China and Tibet.

The change to the route was met with mixed emotions. But after a good half an hour of Q&A, everybody was happy that we had made a plan to continue on our journey to Australia, and not just can the whole show.

So the new route was set.
Having applied for all visas in the UK for our intended route, we now needed to head to Bishkek for the new Indian and Pakistan visas. Once we arrived, Pete groomed himself to perfection, even borrowing a button up shirt from Simon, and donning long trousers for the first time since Europe. He collected all the passports and necessary paper work, and headed off for the Pakistani embassy.

Pete was gone for a good three hours and when he returned the news shocked us all.
The Pakistan embassy had changed its tune and now wanted one month for an application. Pete argued with them all, from the man at the front desk to the high commissioner in his air-conditioned office. Trying every angle he could think of, but nothing, we were literally up against a brick wall. A landmass stood in our path, there was no road we could take to south east Asia. Back to the drawing board again! The feeling we would soon run out of paper was growing, and for quite some time the three of us just sat. The show must go on, but how?

As there was no road to drive, and despite the comments from friends and family, Penelope can’t fly or float, we would have to leave what had become our home, behind, in order to carry on our adventure into the known and unknown.

The show must go on

Pete organised another overland truck by the name of Archie, to meet us in Delhi, but after living with the comfort of Penelope for so long, no change would be easy. We found a travel agent and booked flights to Delhi in India as planned. Almaty in Kazakhstan was proving far more reasonably priced than Tashkent in Uzbekistan, so we set about organising Kazakh visas from Bishkek, giving everybody the chance to tick another country from their list. A few changes were made to the itinerary to allow for visits back to Bishkek, and our tour of Kyrgyzstan was back on.

Route changes are always a challenge, but any journey that crosses as many borders as ours did has to be flexible and we will always make a plan!