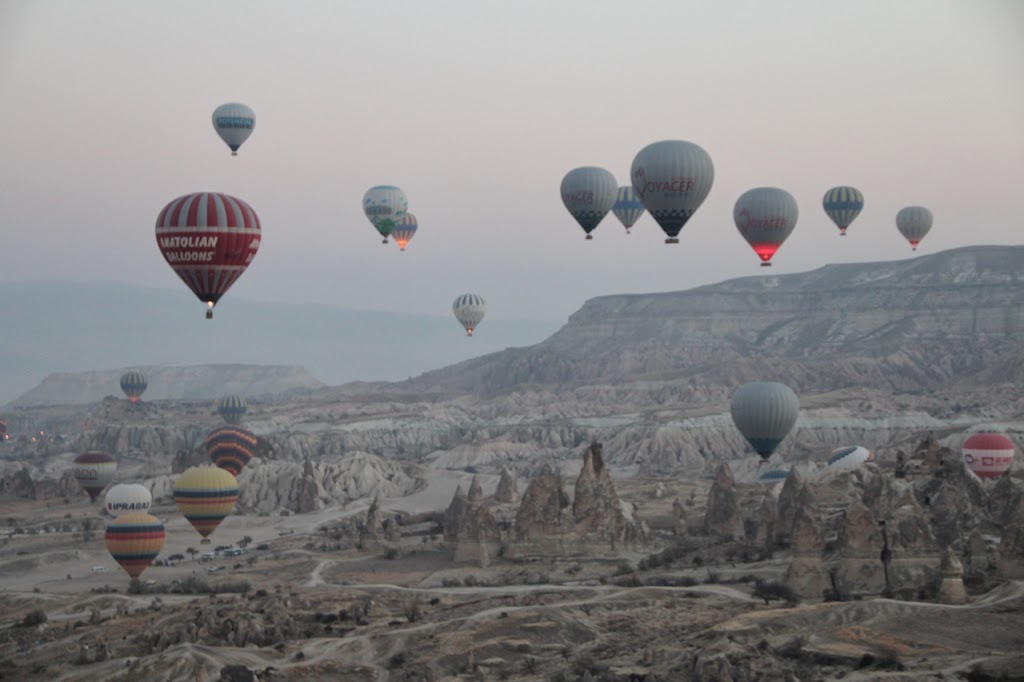 Ha, I bet you thought we had forgotten to blog about our time in Turkey?  Not so, because here it is, the final update from our Beijing to Istanbul expedition.   Departing Batumi early, we headed just 20 or so kilometres along the Black Sea coast to the border with Turkey.  Arriving in the pre-dawn darkness in order to beat the crowds that are inevitable at this busy border, we realised quickly that this border doesn’t have a quiet time!  As busloads of local travellers spilled out of their coaches, stuffed endless packets of cigarettes into their socks, trousers, well anywhere they could find, and then barged their way through the crowds (queue?  what’s that?) we had to up the ante a bit or we would spend the rest of the day waiting to get through passport control.  We formed an inverted wedge and a bit of teamwork and rugby-style scrumming saw us all clear.  But what of Tom?  He had managed to sneak through early on and had continued walking, finding himself in Turkey about 45 minutes before the rest of us!

Despite the stress of being pushed and shoved, we all eventually made it through and didn’t have to wait too long before Pete & Penelope joined us and we set off on our travels through Turkey, our 8th and final country on our journey.

We continued our drive along the Black Sea coast, our first stop being Trabzon, and from there to the incredible Sumela Monastery.  Our journey from Beijing has been blessed with the most amazing weather, but finally, it seemed our luck had come to an end, as we wandered the soggy streets of Trabzon, sheltering under shop awnings and being forced (forced, I say, no choice…) to eat delicious honey-dripping baklava in tea houses to stay dry.  It didn’t really show everyone Trabzon in it’s best light, when the sun is shining the square is full of local men sorting out the world’s problems over a heated game of backgammon and a tea or two, but in the rain, it was, well, a bit dreary…

The kebabs were still great, and with full stomachs we returned to Penelope for the short drive to Sumela Monastery.

Our alpine lodge style accommodation for the evening also provided dinner, local trout and salad with a rice pudding for desert that satisfied even rice haters…  proof that enough condensed milk will keep anyone happy!

We awoke next morning to clear blue skies, and the prospect of a bush camp…  although given the night time temperatures in central Turkey were due to drop to 5 below zero, the crew made the decision quite early on to head to a hotel instead.  Turkey’s size is deceiving, and we have a couple of long drives as we make our way west.  The scenery changes often, and can be spectacular, particularly as we wound through the mountains, stopping for a lunch stop high at 2,200m above sea level with beautiful views down the valley.

We stopped for the night in the town of Sivas, home to a surprising number of cake shops, one of which yielded a great chocolate cake that we would later enjoy for Bev’s birthday when we arrived into Goreme along with a couple of bottles of Georgian sparkling wine.
The Cappadoccia region of Turkey is home to some spectacular land formations, as well as a unique culture and history.  With two days to explore, we had plenty of time to see the region’s famous “fairy chimneys” and other formations, on foot, by bus, on quad bikes and even from the air in hot air balloons.  I’ll let the pictures do the talking…

And so, to our final journey, into the incredible city of Istanbul.  The gateway between Asia and Europe, we crossed the Bosphorous and cheered as we passed the “Welcome to Europe” sign.  After 15,181km of Exploration and Adventure, we had finally reached our destination.  With sights such as the Blue Mosque, Aya Sofia / Hagia Sophia, Topkapi Palace, the Basilica Cisterns, the Grand Bazaar and Spice Market and plenty more, even those who have visited Istanbul before had a full schedule of sights to see and things to do.

We celebrated our journey with a delicious meal, a slideshow of memories from the past 3 months, an awards ceremony thanks to Mandy, a poem courtesy of Mike & Rob (Rob having stepped in at short notice and utilising a rather dodgy South African accent for the performance), and a song or two from our resident musician Frank.

And so our journey across China, Kyrgyzstan, Uzbekistan, Turkmenistan, Azerbaijan, Georgia, Armenia and Turkey drew to a close, leaving us with friendships, photos, stories and experiences to last a lifetime.  It has been a fantastic journey with a great group of people, and we have loved seeing people doing and experiencing things they never thought they would have the chance to, and have enjoyed a lot of laughs along the way.

So, until next time, it’s farewell from us (Kirsten & Pete) and back to the office for now…  but sure it won’t be long until the itchy feet kick in and we find ourselves on the road again! 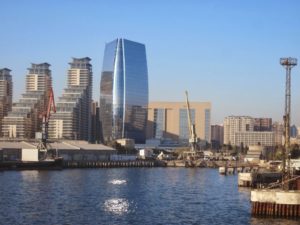 Our group travels through Azerbaijan. From the skyscrapers of Baku to rural villages and mud volcanoes, we explored Azerbaijan.