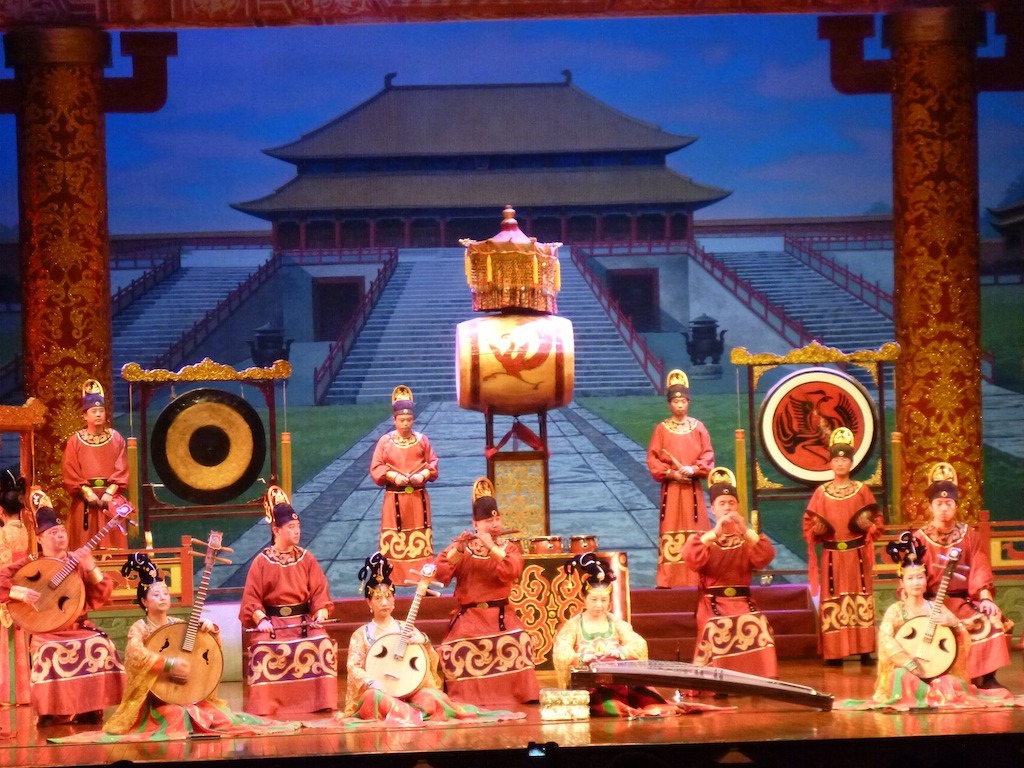 Want to know what it feels like to be a celebrity?  Well, join us on an expedition in China!  We have featured in more photographs in the last couple of weeks than we can count.  Wherever we stop the truck we immediately pull a crowd of curious observers, and the photo shoot commences.  Even when the truck is rolling, cars pull up alongside and cameras are thrust out the windows, accompanied by smiles, waves and “hello”s.  We have been met with friendliness, openness and a welcome that has surprised many, but above all curiosity about our journey – where we come from, and where we have been and are going in China.

From the crazy night market in Lanzhou where our last update finished up, we headed for Xi’an, a city of 5 million people.  The city is a great place to spend a couple of days, with fortified walls surrounding the old city centre, the stunning Drum and Bell Towers, delicious dumplings in the Muslim Quarter and a surprisingly relaxed feel (although the terrible traffic is testament to the city’s huge population!)   Plenty of flashy department stores or narrow market lanes, for those seeking retail therapy; or massages and feet-cleaning courtesy of small fish (quite an experience if you haven’t done it before!) for those seeking therapy of a different kind.

Just outside the city is one of China’s most well-known attractions, the Terracotta Warriors.  The Warriors are just part of the world’s largest tomb, a complex that stretches over 25sqkm in total (twice the size of Hong Kong!).   Only re-discovered in 1974, it is archaeology in action as the ruins are still being unearthed and restoration is continuing even within the huge Pit 1, the most impressive of the three pits open to the public.  It is a magnificent sight, and even those who had been before wanted to see them again – the pace of change in China is such that a visit 4 years ago can be completely different from a visit today!

Yan’an, on the banks of the Yellow River, is a hugely important destination for “Red Tourists” – for 13 years from 1935, it was home to the headquarters of the Chinese Communist Party, and many of the ideologies and policies were formulated in the city and its surrounding hills.  Today, the city is visibly proud of its important role in the communist history of China, the largest and most impressive building in town is the Revolution Museum, and souvenir stalls sell Chairman Mao memorabilia – from t-shirts to posters, books, statuettes, playing cards and almost anything else you can think of.  Coming from Xi’an, where foreign tourists abound, it was clear that this was a town much less used to foreign tourists!  Our hotel was a mix of modern and traditional – some rooms having the traditional kang beds which function as both bedroom and dining room, with small tables on the end of the bed and stoves acting as bedside tables.

The charming town of Pingyao was our next destination, where we stayed at a lovely (albeit a tad noisy!) hotel with a beautiful courtyard decorated with red lanterns.  Enclosed by city walls, the town has some interesting museums to explore, a lovely Taoist temple (watch out for the slick extortion performed by the monks though!), and great shopping for those stocking up on a few (more) souvenirs and gifts.  A very nice spot to enjoy for a couple of days, and a great place to celebrate Sophie’s birthday with a hot pot dinner and happy birthday on a loop (including a rendition involving cats meowing to the tune which had to be heard to be believed!).

Datong is a big industrial city, and although it has some attractions to keep you busy in town (the new old-city walls, temples and the nine dragon screen), the big ticket items are just outside the city.   We started with the Hanging Temple – a feat of engineering that left many a knee quivering as we climbed the stairs and looked down at the wooden poles suspending us above the rocks!  Jill, Karin & Marienne did well to overcome their fear of heights (a fear that Marienne unfortunately only remembered once she was at the top with no way back!), although they were definitely glad to be back on solid ground at the bottom!

Dating back hundreds, and at times thousands of years, China is home to some spectacular Buddhist art in grottoes and caves, and we had already visited two of the most impressive – the Mogao Caves near Dunhuang and the Bingling Si Caves in central China – but the Yungang Grottoes near Datong were swiftly placed at the top of the list by most, their 16+ metre Buddhas (without scaffolding!) seemed to swing it into top position.

When you think of China, what do you think of?  For most of us, the Great Wall must feature as an iconic image of China, and our visit to the Jinshanling section of the Great Wall surpassed all expectations, particularly as we were there at crowd-free times.  It was absolutely stunning and a fantastic penultimate stop on our epic journey.

And so, to Beijing.  After 88 days, 9 countries and 14,733km, our journey was drawing to an end.  But first, no visit to Beijing would be complete without seeing the Forbidden City and Tiananmen Square, so that’s where we headed to the next morning.  Although it seemed as if the entire population of China had also chosen to visit that morning, the Forbidden City is stunning, and we were lucky enough to see it under bright blue skies (quite unusual for smoggy Beijing).

We celebrated the end of our journey with a delicious Peking (Beijing) Duck meal, preceded by a slideshow of some of the incredible sights and experiences we have had along the way.  Speeches were made, poems read, and countless toasts were offered to the journey, to doing things people never thought they could do or had never done before, to the crew and Sophie the Wonder Guide and anything else anyone could think of.  Helpful tips were shared, to be passed on to the next groups, and we all looked back over the past 3 months at the exploration and adventure we have shared.  How to summarise a journey like this?  There’s only one word that can sum it all up – EPIC!

From Odyssey, a big THANK YOU, goes out to the Hopping family, who have now travelled with us on a couple of expeditions, Bob & Hazel recommended us to Marienne; and to Marienne for finding a great group of people to join us for 3 months of exploration and adventure along the Silk Road.  We are looking forward to the reunion at Karin & Ted’s house already!