Cape to Cairo in 26,020km and a couple of adventures 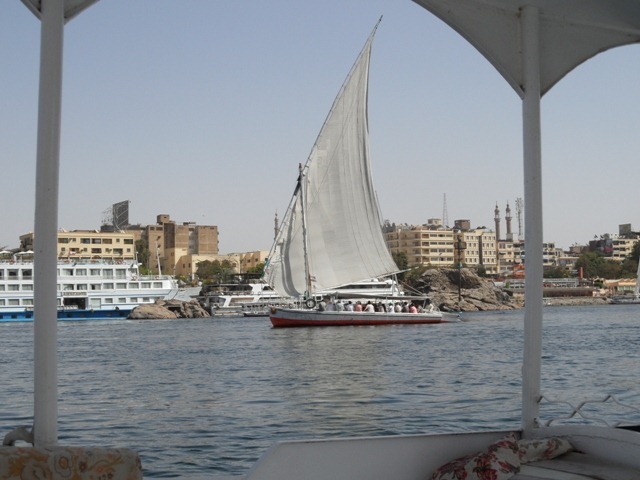 Firstly a huge thank you to all the expedition members who joined us for the 2010 Cape Town to Cairo Odyssey.  It was great having you along and believe it was a true adventure for everybody with many new friends made and amazing stories to tell. Athena our faithful expedition truck also deserves a thanks – 26,020km, two flat tyres, but other than that not a mechanical hitch, amazing considering the roads we travelled.

There are definitely quicker and easier ways to get from Cape Town to Cairo.  By plane you can do it in about 9 hours, the record for driving it is about 12 days, and as the crow flies it is only 9,000-odd kilometres.  But where is the fun in that?

After an incredible journey of 20 weeks, 15 countries, 20+ national parks, 3 car ferries, 480 new bird species for our keenest twitcher, more animals, insects and spiders than we could count, 8 birthdays celebrated, a million memories and a lot of fun, we arrived into Cairo, the biggest city in Africa, the crazy capital of Egypt and our final destination for this expedition. Even better, all the bad news we had heard about Cairo being unsafe was untrue. We were welcomed by everybody, protesters stopping their generally peaceful protests to welcome us and had the luxury of having the main tourist sites almost all to ourselves.

But back to our journey!

The ferry from Wadi Halfa in Sudan to Aswan in Egypt is always an adventure, and our trip was no exception. We arrived in the port town to be told today was the day we would sail which was two full days early, but hey this is Africa and things change. So everybody got under way with getting a day pack packed ready for the ferry and the days in Aswan where we would wait for the truck to arrive on a separate barge. But remember this is Africa and so after a couple of hours our local Mr Fixit returned to say that, no, we would not be sailing. So off into the desert again, we headed for a last bushcamp (we hoped). The following day we returned expecting just to re stock and wait for the next day and a half to sail, but hey it had all changed again and we were rushed to the port to sail, well after a bit of a wait, but in the end we set sail a day earlier than planned, you have got to love Africa at times!  An overnight ferry, many chose to sleep on deck under the stars huddled in their sleeping bags, while others chose the slightly warmer option of sleeping in the lounges below deck.  After 4 hours sailing the incredible temples of Abu Simbel came into view on the left back at the same time as the light and sound show, so they were illuminated as we passed, a wonderful sight and hint of things to come for those making the journey back down to see them.

Getting off the ferry is, as with many cross border ferries, the most painful part as they need to process everyone through immigration before allowing anyone off the ferry.  Watching our passports heading off up the ramp without us was a little unnerving, even better with some random man not even in uniform, but hey this is Africa, fortunately they returned soon after with the all important entry stamps across our visas.

Our hotel in Aswan had a fantastic location, just one block back from the river and close to the souq where anything from spices to perfume, handbags to fruit and veg was available, together with all the souvenirs you could ever need (and far more than would fit in already stretched backpacks).  Aswan town is a great place to wander around, and an even better place to take a felucca ride on the Nile exploring Elephantine Island, the First Cataract (rapids) and watching life go on.  The river is the lifeblood of Egypt, and the sand dunes sitting just behind the lush riverside cultivation provide a very impressive contrast and hint at the deserts beyond the Nile Valley.

Despite having sailed past the temples of Abu Simbel on our journey from Sudan, the only way to visit these temples is from either Aswan or Luxor.  So at silly o’clock (4am) most of the group loaded onto a chartered bus to head down to the temples.  Past issues with security mean that the journey to Abu Simbel is still conducted in convoys,  so after a corralling of the tour buses, and loading on of armed security guards, we headed off.  Three hours (and a nap or two) later we arrived at Abu Simbel.  Our local guide provided fascinating details of Egyptian history, many of the names were familiar from school history lessons, but we were all a bit rusty but after a while we all knew our Nefertitis (step mother of Tutankhamun) from our Nefertaris (Ramses II’s wife).

The temples of Abu Simbel are often named as a highlight of a visit to Egypt’s historical sites, and seeing the incredibly impressive entrance to Ramses II’s temple, it is easy to understand why. Dominated by four massive statues of Ramses himself, inside the decoration is incredible – intricate carvings cover every wall and pillar as well as the ceiling, and some of the original colours still remain.  To preserve the inside, cameras are not allowed, so you will just have to trust us that it was truly stunning.  To the right of the main temple is a smaller temple for Ramses’ wife, Nefertari.  Much smaller in size, the decoration is no less impressive inside, awe inspiring to think of the artisans working on these temples many thousands of years before.  But perhaps the most impressive aspect of a visit to Abu Simbel is the knowledge that the temples were relocated from a site approximately 200m from their current location, as otherwise they would have been lost when the Aswan High Dam was constructed in the 1960s.  Cutting the temples into 47,000-odd blocks, they were laboriously taken apart, moved and then put back together, an incredible feat of engineering, not to mention patience and precision.

While we were all now in Egypt, alas Athena was still languishing in the port at Wadi Halfa, loaded onto a barge that we were assured would be with us soon (Egypt time, of course…) and so we hired a bus to take everyone up to Luxor.  The airconditioning was a welcome luxury, but everyone agreed that Athena was far more comfortable and spacious!

Luxor is home to some of Egypt’s most famous historical monuments – Luxor Temple, Karnak Temple, Hatshepsut Temple (aka Hot Chicken Soup temple, even the taxi drivers know it as this) and the Valley of the Kings.  A visit to all three was on the cards for most of the group, even those who had seen them on previous visits to Egypt which gives an idea of how impressive they are.  Our visit to Luxor coincided with the referendum in Egypt to decide what would happen now given the overthrow of former president, Mubarek.  It was exciting to see queues of people outside polling booths, and there was a real feeling of hope amongst local residents that Egypt’s future was heading in the right direction.  And for us, it meant even fewer crowds at the historical sights.

Luxor was the site of many of the protests in the days and weeks after the “revolution” in January, and tourism has been hit very hard in the town.  We had the privilege of being able to walk around the Luxor and Karnak temples almost alone, and even the Valley of the Kings and Hatshepsut Temples were much less crowded than usual.  Some of the group chose to explore the temples accompanied by a local guide, with so much history and such intricate symbols everywhere, it gives you a chance to try to understand!  Even without any knowledge of Ancient Egypt, the temples are undoubtedly an incredibly impressive sight.

With the Nile beckoning, many of the group headed out for a sunset felucca cruise, well, due to lack of wind the sail was never hoisted, and most of the time we were towed by a diesel-smoke spewing tugboat, but it was an hilarious afternoon and a great way to experience the Nile.  Nigel demonstrated his rowing skills, Lesley showed how not to open a bottle of tonic water, and after dinner, Kirsten raced to victory at the bowling alley.

With Athena finally joining us in Luxor, our final drive was to Cairo.  An early departure helped us to cover the nearly 700kms in one day, travelling alongside the Gulf of Suez for much of the journey.

And so, after 26,020km, we finally arrived at our final destination, Cairo.  Arriving in Cairo brought out mixed emotions – joy at completing the journey, and sadness that it was now over and everyone would be heading their separate ways.  We had a final group meal out at a great Lebanese restaurant, and reminisced about some of the amazing sights we had all seen along the way, the scenery, the wildlife, the truck food, the parties…  stories to dine out on for many many years to come.  After dinner, we all gathered in the hotel to see the 2010 Cape to Cairo slideshow which Kirsten and Pete had put together – plenty of laughs, the occasional groans and so many fantastic memories.  If you know any of our expedition members you will be sure to see it too!

As we have all been travelling together for 5 months now, our time in Cairo was largely about saying farewell, but of course there were a few sights to explore as well!

The Pyramids of Giza and the Egyptian Museum are two of Cairo’s main attractions, and accompanied by a local guide, the group headed off to explore.

We would like to thank all the 2010 Cape to Cairo expedition members who made this expedition a success, wish them all the best for their future travels and hope to see them on an Odyssey again in the future!