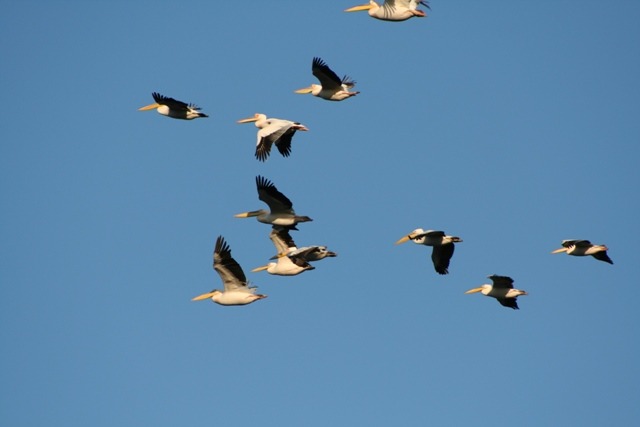 We had an early start the next day as we were heading into South Africa via Swaziland so would have to cross two borders in a day. But we shouldn’t have worried as the borders were again a pleasure, and apart from a customs official who is now the proud owner of a broom which he had seen in the back of the truck and rather fancied, we had no trouble at all getting through the borders.

The Kingdom of Swaziland is one of the smallest countries in Africa and one of only three remaining monarchies in Africa. It is a beautiful country of rolling hills, great game parks, friendly people and excellent roads which were very welcome after our experiences in parts of Mozambique! Unfortunately due to the time constraints on this trip we were only able to visit the country for about three hours! But on our Trans-Africa expeditions we will do the country a bit more justice and explore what it has to offer.

From Swaziland we headed into South Africa. The most accessible of the countries in southern Africa, this country has something for everyone! On a Trans-Africa expedition many of the other operators only spend a couple of days here before heading up into Namibia. However we believe that South Africa is such a beautiful and diverse country that it is worth exploring properly, so on our Trans-Africa expeditions we will be spending nearly three weeks here travelling along the coast, through the mountains and into the game parks.

Our entry point into South Africa took us into the province of KwaZuluNatal where our first stop was the iSimangaliso Wetlands Park. Formerly known as the Greater St Lucia Wetlands National Park, this is a hidden gem of a park and was one of the highlights of our whole trip. The park has excellent facilities including a lovely campsite where we set up camp for two nights.

The park warden was absolutely fantastic, very knowledgeable about the park and incredibly helpful and welcoming (and he upgraded us to the luxury lodge on the last night which was a real treat!). He told us that the park was “thick with leopard and rhino” which is quite a claim, but one he makes justifiably as the game viewing was superb.We did several game drives during our stay, and the truck really comes into its own as the height allows you to see more than you would see in a car or even a game viewing 4×4. Having seen elephant, buffalo and lion in Ruaha National Park we were able to finish off the Big Five with sightings of rhino and the elusive leopard. We also saw huge herds of buffalo, zebra, eland and kudu, as well as a large variety of other animals including hippos and crocodiles and amazing birdlife. One of the things that makes this park so special is the variety of terrain which mean that you can wander up over a dune from the campsite and be on a beautiful sandy beach with great snorkelling and lovely warm water and then go game driving in the afternoon. There really is something for everyone at this national park and it is sure to be one of the highlights of Odyssey’s Trans-Africa expeditions.

From St Lucia we crossed into the Eastern Cape province and headed along the coast towards Port Edward (where we stayed at another lovely campsite and enjoyed another great meal cooked on the truck) and the start of the Wild Coast. Named after the spectacular storms that can come through, it is perhaps misnamed in one way, as almost immediately the road diverts inland for several kilometres before returning to the coast. Formerly known as the Transkei, this area is famous as being the area where Nelson Mandela grew up, the landscape changes from the sharp cliffs off the coast and becomes rolling hills dotted with brightly coloured houses. A bit of a shock to find ourselves on massive motorways after all the quiet wilderness we had been enjoying!

We stopped off at Port St Johns for a couple of nights. This town has the reputation of being the place that you for one day and stay for months as it has lovely beaches (although you are advised not to swim due to sharks!) and a really chilled atmosphere. It is quite touristy though, and we are not planning to stay there on our Trans-Africa expeditions, rather to visit one of the smaller towns along the coast which offer incredible campsites on the beachfront.

From Port St Johns we continued along the coast, with a stop off at Umtata (or Mthatha) to visit the Nelson Mandela Museum, a great photographic exhibition showing Mandela’s struggles and triumphs.Due to the time constraints of the people on the trip, we unfortunately had to do the final section quite quickly so our next stop was a tiny hamlet called Hamburg. We were lucky enough to be able to stay at a guesthouse run by a very enthusiastic German lady with a love of overlanding! In fact, the next day, she was heading off on her 16th overland trip! The town is bordered by the river and the beach, and is a lovely spot to spend an afternoon, go for a wander and watch the sun go down.

The coastline of South Africa is undeniably stunning. We drove through many lovely towns on the coast, admiring many of the beautiful beach houses and fancy boats in the marinas! As we got closer to Cape Town, we were driving along with huge mountains on one side, and coast on the other. Absolutely beautiful.

Our final night was spent at a lovely riverside campsite in Wilderness, and we went into the town for a final dinner at a great Italian restaurant.

And so, all too soon, we were back home! It was a great expedition (albeit too short of course!) and confirmed to me that Africa is an incredible overlanding destination with so much to offer. We have been further inspired to head away from the beaten tourist trail as there are so many places that have not yet been spoiled by mass tourism and we were lucky to find a lot of these as we went along that will become regulars on the Odyssey Trans-Africa expeditions.

Whales! The coast near Hermanus is the world’s best land-based whale watching location. At times the bay in Hermanus can have up to 30 whales including mothers with calves, and you can sit on the beach and watch whales breaching and diving behind the breakers.

PrevPreviousMozambique
NextThe start of an epic journey to singaporeNext