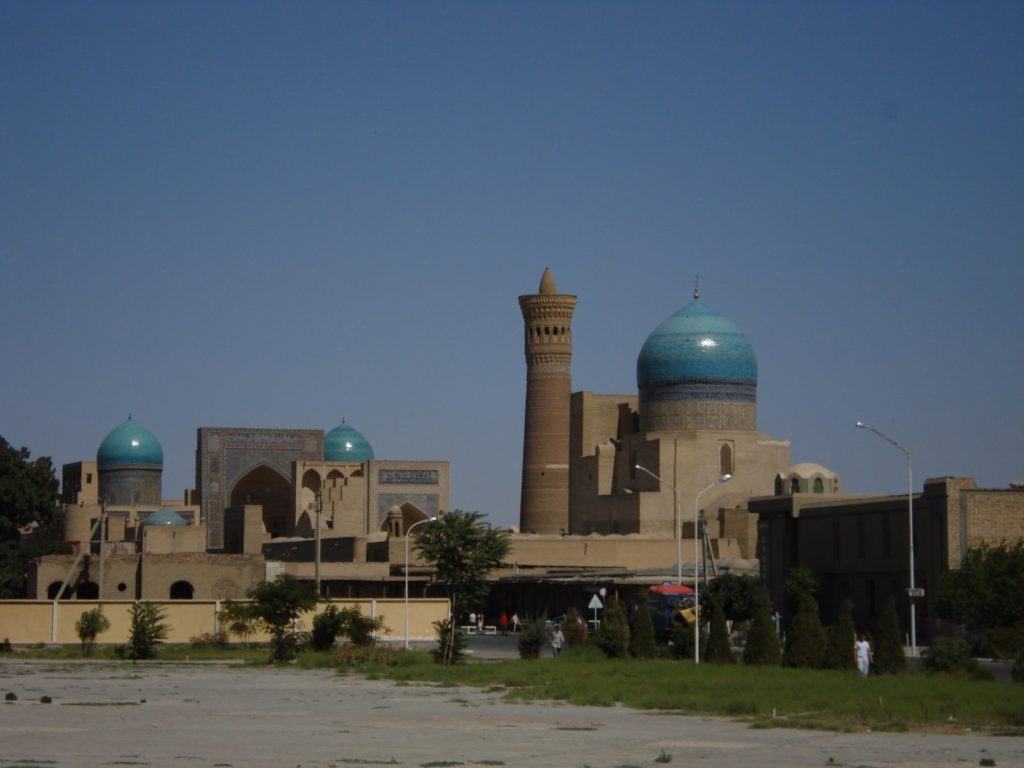 Turkmenistan is a bit of a crazy place in so many ways, the locals are friendly people, always happy to help where they can, though due to past rule they are always a bit nervous around foreigners. The customs and immigration procedure is long and involved and took us about 4 hours. When we finally got through it was about 5pm and we planned to run all the way to Ashgabat, the capital, that night so as to catch the famous Sunday market. A must for everybody visiting Central Asia, possibly be the best market around. It was an interesting drive, due to government policy most people are banned from driving at night, mainly due to a police force that are too lazy to run all the control points at night. At every check point we had to negotiate our way on. Ata our local guide excelled himself and negotiated our smooth passage allowing us to arrive in Ashgabat at about 2 in the morning, enough time for everybody to get enough sleep and head for the market the next morning. Our discovery the next morning that the local currency had strengthened by 50 % was a bit of a shock, and so Turkmenistan is now officially the most expensive place en route for a bottle of water or beer. Ashgabat is also special for it’s the crazy design, all by local and French architects and built by the French. It’s amazing in so many ways, though an amazing waste of the people’s money. Amazing that one man can build so many monuments to himself!!

After two nights in a fancy hotel with a great pool, heaps to see and explore and a chance to get all the laundry done, we headed almost directly north for one of Turkmenistan’s really special sights, the burning gas crater of Davassa. Arriving early evening we set up camp in the desert, while Ata the local guide, hiked off to find a monster desert truck to bounce us over the sand dunes to the gas crater. It’s an amazing drive to an even better spectical. Arriving just before dark there is a slight glow from the massive crater and it gets more spectacular as the skies get darker.

The following day was an early starts as we continued to head north for Uzbekistan. Most of the day was spent driving through Karakorum Desert dust storms with temperatures hitting 42 degrees, lucky a dry heat so liveable. Arriving in Uzbekistan and it seems our border luck is back, with hardly any hassles and only a brief search of some of the truck and luggage. Then a short drive to Khiva, our first fantastic silk road city and the home of our local guide Jalol.

We stayed in a great family run guest house which proved the idea venue to celebrate Terry and Lesley’s wedding anniversary. The family lay on an Uzbek feast even with the local port wine and a group of wedding dancers to entertain us for the evening. A fairly early start the next morning to try and see as much of Khiva in the cool and with Jalol as a guide everybody had an amusing look at the history of the town.

Bukhara was next on the list, with two full days to enjoy it, was a nice relaxed time and the girls decided it was time for a girl’s night out. A big session of pampering and talking rubbish I am sure, followed by dinner out and then off clubbing. Though, the club they got sent to was having a kiddie night and closed at twelve, and no the lads had nothing to do with it. Surprisingly though, the lads seemed a bit lost without the girls, and the Irish definitely lost the ability to drink.

Next we headed for the Kisikylm Desert for two nights camping on the shores of the desert lake. En route we stopped off in Nurata to view the holy fish before rolling on to the lake. We ended up not rolling, as we searched out a good spot really close to the shore, the truck broke through the hard crust into the muddy layer bellow, with only a small amount of the back wheels showing. We were forced to set camp and start digging and jacking up the truck to get it out of the mud. Jalol disappeared of over the hill to find a truck to pull us out, Cheryl and most of the rest started setting up camp, while Pete and Tim, helped out by a couple of the lads, started getting the truck up on an almost level plane. It was a great sight when a big Soviet build dump truck roared over the hill to give us a pull which would save us hours of jacking and sand matting. We paid the local driver for the pull and soon we were all in the lake having a bit of a cool down. As it got dark the wildlife emerged and decided to put on a bit of a show. All bush camps have some wildlife and it is very seldom we have any hassles, but there did seem to be a fair number of scorpions in this camp and even a small snake.

Next stop was Samarkand and its fantastic Registan Square and our hotel was just 2 minutes away. This was our last silk road city for a while and we headed off to explore it with Jalol.

Tashkent our next stop is seen as the hub of Central Asia. This modern wide streeted capital is so different from what we have seen over the last weeks, big shops and restaurants with western influences. I think everybody enjoyed a bit of a break from the history and a chance to relax and kick back around the pool.

Approaching the end of our stay in Uzbekistan, a jump across the mountain barrier to the Fergana valley, the bread basket of Central Asia, was required. Due to politics and some crazy rules, no passenger carrying vehicle is allowed over the pass if it has more than 5 seats so the truck was forced to transit through Tajikistan, while the group hopped over the hill with taxis. First stop was Kokand and the Khans palace before heading to Fergana city to stay in a luxury hotel for the night. Owned by the presidents family for some crazy reason we get really good rates and so can afford to stay in this crazy place, there was a full on pool party going when we arrived with the locals putting on quite the show.