Into the wilds – Eastern Europe and bushcamping 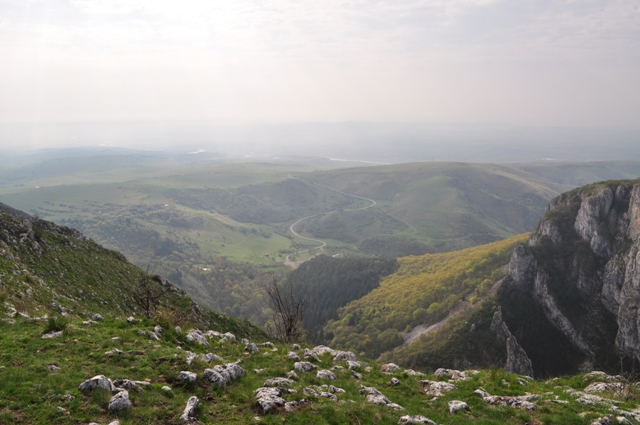 Leaving Germany we headed for the Czech Republic and it’s capital Prague.  It is an incredibly beautiful city with the Charles Bridge and Prague Castle being two of the best-known sites, but one that unfortunately is firmly on the tourist trail with school groups, stag parties and bus loads of tourists from all over Europe cramming the streets.  So it gave many of the group who have been there before the opportunity to explore some of the lesser known sights away from the crowds.  As it is so crowded and many people have been there before we only stay for two nights before heading to Budapest, the capital of Hungary.

In Budapest we stay at a lovely campsite close to the town centre where we we pitch the tents on a terraced hill in a forest.  We arrived on a sunny Saturday afternoon and after a bit of fancy driving by Pete (with the guard from the American Embassy and a growing crowd looking on with interest), we were able to squeeze our way past the randomly parked cars at the campsite entrance.  Many of the group chose to take a bus into town to wander around the city, so chilled and calm after the crowds of Prague with wonderfully ornate buildings and the Danube River flowing through it’s heart, while others took advantage of the hills near the campsite to get some exercise and be rewarded with fantastic views.

Out of Hungary and into Romania – and our first bushcamp.  Well, it was sort of a bushcamp as there were port-a-loos if you dared, but most only ventured in once!  We were camping in the spectacular (but unfortunately named) Turda Gorge.  After setting up camp we were amazed to see parasailers descending upon us – the local mountain rescue guide who also operates hiking tours and parasailing jumps off the escarpments. Every year’s group is different, and this year we have a lot of the group who are keen walkers, so the next morning, after a hearty bowl of porridge, most of the group headed off with two guides to walk to the top of the escarpment.  Apparently the walk was “easy” and a “10 year old child could do it”, however you can judge for yourself that those who ventured off very much earned their lunch when they returned 3 hours later!

After dropping the tents and packing away camp we had a short hop down to Sighisoara, a world heritage town in the hills of Transylvania.  Along the way we stopped to do lunch along the road, and were swamped by local onion sellers and their kids.  It is always amazing when you stop at a seemingly deserted location, within minutes there is guaranteed to be a crowd.  While cook group prepared lunch of hot dogs, other members of the group used their very best sign language and hand gestures to negotiate to buy onions (no onions were purchased, we were definitely getting “tourist prices”), and gave some helpful advice about how to avoid producing more mouths to feed.

The old town of Sighisoara is famous for being the birthplace of Vlad Dracul, the man now popularly known as Dracula thanks to Bram Stoker (although only the name seems to bear any relation to the truth!)  The sun was shining again in the afternoon when we arrived and wandered up to the clock tower and the impressively decorated church on the top of the hill.  It is a lovely town, and also home to a great pizza restaurant (well the food is great, but the staff leave a bit to be desired!) where we met up for a meal (don’t worry, traditional Romanian cuisine is sampled in Bucharest).

The next morning brought our first… rain!  This has been the driest start to one of our expeditions which has been great, and the fact that the rain chose to visit us on a hotel night was even better!  We stay in a hotel only a short walk into town, and everyone was delighted to have an ensuite and endless hot water!

Before anyone books on the expedition, and before we start off from London, we make sure that everyone is aware that our itinerary can, and does, change, sometimes because we decide to change it, and other times because someone else decides to change it for us!  Romania saw our first change of the latter variety as we were due to visit Rasnov Fortress, just south of Brasov, however a rather grumpy policeman informed us “no”, and turned us around.

The choice was given to the group – bushcamp nearby (where ominous black clouds were gathering), or head into Bucharest a day early.  The general consensus was to head to Bucharest, so we kept going, and arrived into the Bucharest campsite late in the evening where we would be staying for 3 nights to give everyone the chance to see the city, and catch their breath a bit.  We do run through Europe very quickly – this expedition is about getting to the wilder, less-touristed places where the truck and our style of travel really comes into it’s own and once we hit Turkey we slow the pace down and spend time really getting to understand the countries that we travel through.

PrevPreviousThe start of an epic journey to singapore
NextHappiness is… BulgariaNext