Crazy India with a great group! 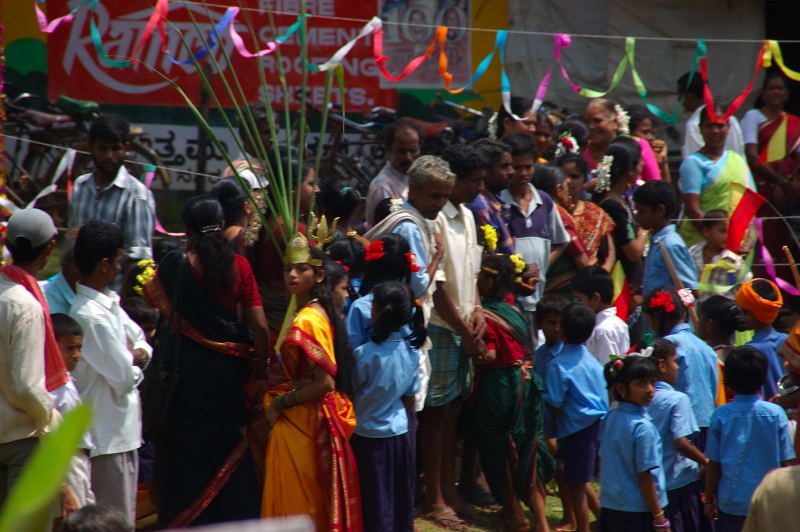 One of the gladdest moments of human life, methinks, is the departure upon a distant journey into unknown lands. Shaking off with one mighty effort the fetters of habit, the leaden weight of routine, the cloak of many cares and the slavery of home, man feels once more happy

Welcome to the start of our epic 5-month journey in an overland truck from Chennai in the south of India up the length of India into Nepal, Tibet, China, Kyrgyzstan, Tajikistan, Uzbekistan, Turkmenistan, Azerbaijan, Georgia, Turkey, Bulgaria, Romania, Hungary, Austria, Germany, France, finishing in London.

India with a population of more than a billion people can be a bit of a shock to the system when you first arrive. I had almost forgotten what it was a like when I arrived back, though the moment you leave the plane you can feel and smell it. Was great to meet up with Riki an old India hand that I would be working with as far as Kathmandu. A Kiwi’s go not that bad as long as they don’t win the cricket! We had worked together in 2006 when we had both come through China and Tibet together. After a quick meeting to check that the Kingfisher (local Beer) was cold and still the drink of choice we where very soon onto discussing what our group would be like.

On this first leg we only have 8 people travelling with use, a fairly small group as far as Mumbai. It’s quite amusing to try build a picture of a group based on the info you have, like age, sex and occupation! With Bob the oldest member at 65 from the USA to Ben at 19 taking a gap year from the UK its is a diverse group.

Later that evening we met up with 6 of the group and headed off for dinner. We decided to head to a roof top restaurant with cheap and cheerful Indian food and with the national passion for cricket a big screen TV to watch the Kiwis play some cricket. One thing led to another and eventually ended up having a rickshaw race back to the hotel. All a bit messy when my Muppet driver managed to role in the last corner, no major damage, but was decided that for future reference rickshaws where best use as a means of transport only!

The following morning after meeting up with the whole group for the first time, had to admit yet again that this style of travel seems to bring a good crowd of people together almost every time. Having met and chatted to everybody there is no doubt we are in for a great trip!

On leaving Chennai we headed south for the coastal town of Mahabalipuram, must say that as India goes Chennai must be one of the most uninspiring cities around and was great to be on the road again. As we made our way down the coast we stopped of at a snake farm where they collect venom from the snakes to produce anti serum. Was really interesting to watch a Russels Viper being milked and to see a selection of India’s snakes. The close to 4m long king cobra was by far the most impressive and some of the local explanations of the effects of snakebite are quite and India take on a painful theme. In Mahabablipurum we had a really cool beach side hotel really close to the Shore Temple a World Heritage Site Hindu Temple. It survived the Tsunami amazingly well and the fine rockwork and carving is amazing though this is only really a taste of things to come. We explored the area round the town, as there are many rock carvings of India folklore scenes some dating back to 630AD. Was great to get stuck into the local Kingfisher that evening while enjoying a selection of seafood. A festive night was on the cards and our first trip quote was soon recorded as stories of travel where exchanged! Bob took first prize with his China food stories when he said ‘I really like puppy dogs, just can not look then in the eyes’. Is the great thing with a group like this some are extremely well travelled and others have just started to travel and is great to hear the stories!

Next we headed for Pondicherry still on the coast and with its French influence from past colonial times it was great to wander the streets and visit the local Ashram, we had a great night out and met up with a bunch of students who where studying philosophy at the local university, seemed that a lot of the time was spent on the beach and out on the razz and studies where fairly laid back. Next it was on to Trichy with its many Hindu Temple complexes here we got the chance see some amazing Dravidian architecture. Visiting these temples with there calm feel compared to the chaos outside is a really special experience. The chance of being blessed by a real elephant was taken up by a nervous few. As we explored further we visited the town of Maderai, with its impressive temple and a great museum dedicated to Gandi and the independence struggle of India. If you look back at the past it really helps to understand this crazy, friendly country.

At this stage we have been heading south slowly making our way to the southern most point of India where we will turn north and head up the west coast into Kerala Province. Kakakumari (Cape Comarin) the southern most tip is a major pilgrimage point. Gandi in his wandering visited and until before the Tsunami his ashes were kept here. We spent an hour wandering around and was great to sit down and over lunch chat to some of the pilgrims who had walk many 100’s of kilometres on there pilgrimages. The less adventurous ones had hired small jeeps and was amusing to watch as they loaded about 12 people into a four seater jeep to head off more than likely on a 4-5 hour drive back to Chennai, must be terrible considering that the temperature is about 34 degrees at the moment.

On the way up the west coast we visited two beach villages and spend a bit of time on the beach as well as exploring the fishing villages and spice plantations around. A couple of brave folks headed of for a massage, to emerge a couple of hours later very relaxed but covered in far too much oil to be healthy!

Tomorrow its an early start as we head of Aleppey to head out on a converted rice barge for and overnight boat trip on the backwaters. The group has decided to do it in style and have gone for the luxury boat with aircon and all. Our mission to get a selection of drinks for the boat trip turned into a real adventure. For reasons unknown the entire town of Vakala was on strike, so we headed off into the narrow side streets with our rickshaw driver in search of a suitable bar with a off sales to supply the beer we would require to appreciate a night on the back waters. We finally arrived at what years ago must have been the local colonial hotel, which has now been turned into the largest permit room or the Indian equivalent of a bar. The great difference is to qualify as a permit room as little light must be let in as possible as faces are best not seen in places like this. Also women are not allowed, and the preferred drink is some of the foulest whiskey you can imagine, normally mixed with beer and is down all in one. Not the cleanest place around, but with many friendly chaps who would love you to by them a drink it’s an interesting experience. This permit room was especially cool as to try and exclude as much light as possible the courtyard are had been roofed in with green Perspex and gave the whole place the look of looking at everything through a pair of green tinted lenses, totally wacky, but a future attraction for when we come through next time!